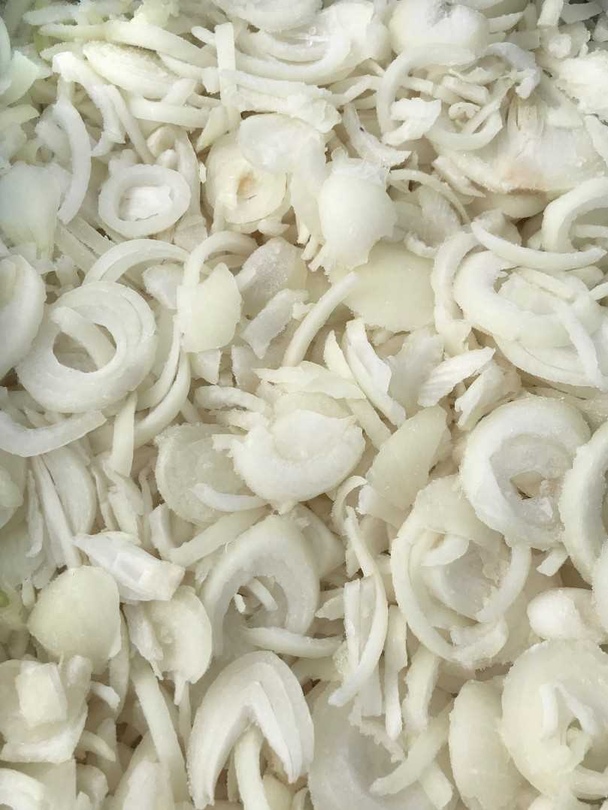 Flash-frozen natural product. Storage conditions: store at a temperature not higher than minus 18°С. Shelf life: 24 months from the manufacture date. Onions began to be grown in very ancient times (more than 4000 years BC). From Central Asia through Iran onion came to Egypt, where it was grown in large areas in the valleys of the Nile. Several centuries BC, onions were cultivated in ancient Greece, where several varieties were already known at that time. Then the onion goes to Rome, and only then to Western Europe, where it spread and became very popular in cooking.