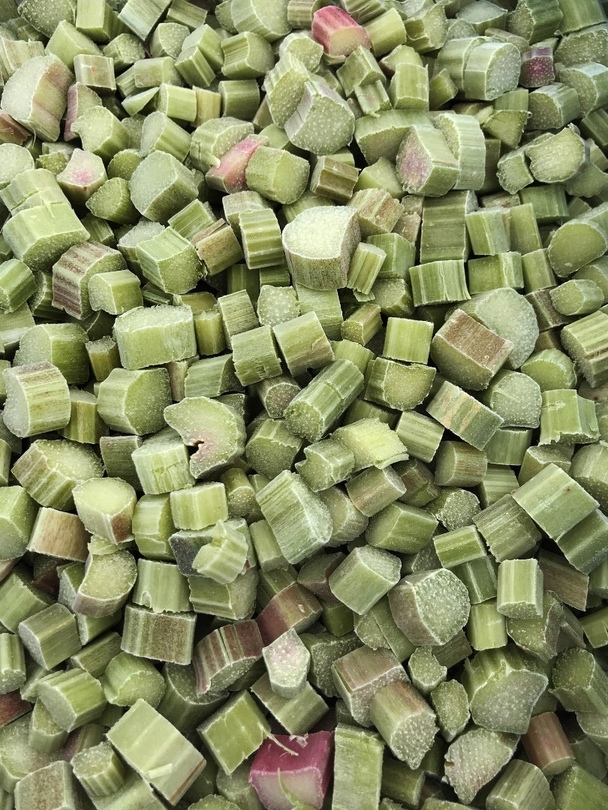 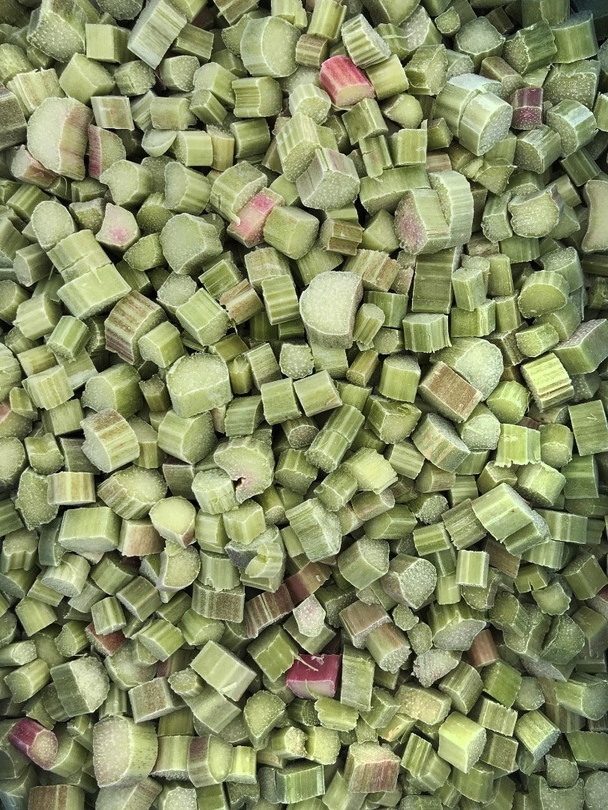 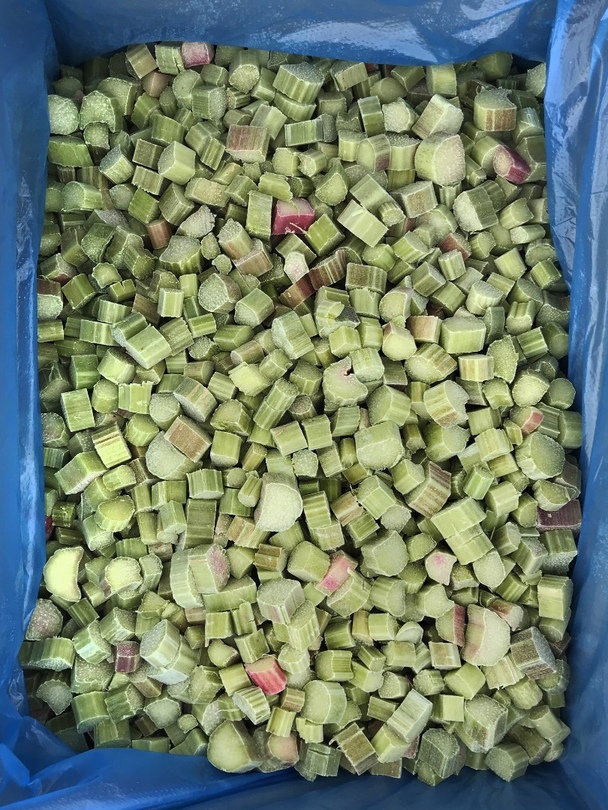 Flash-frozen natural product. Storage conditions: store at a temperature not higher than minus 18°С and relative humidity not more than 95%. Shelf life: 24 months from the manufacture date. Pieplant is a vegetable, but it is cooked as a fruit. Only the stem of rhubarb is edible, whereas its leaves and roots are considered poisonous. The stem has a delicate sour taste and normally requires the addition of sugar, although too much sugar hides the taste of the rhubarb. Rhubarb is usually cooked by stewing in sugar syrup. During this process it effuses a large amount of juice / sap, and hence, almost does not require addition of water. Rhubarb is a genus of plants of the buckwheat family, numbering about fifty species. The homeland of the garden rhubarb is Central China, where it has been cultivated since times immemorial: the rheum is described in herb books of the 27th century BC! Consumption of rhubarb has a beneficial effect on the function of kidneys and intestines, improves the digestion and absorption of food. It is often used as a laxative (when consumed in large quantities), and also as a remedy against anemia and tuberculosis. Eating small amounts of rhubarb is beneficial for people who have low acidity of gastric secretion. Besides, it is often used as a choleretic agent.